When you’re gay, you find people love to analyse you. They are desperate to do some soul-searching on your behalf, to find explanations why you are who you are.

“So did you have a strong male/female role model in your life?” they will coo, like a dog-eared, Shiraz-swigging A-level psychology book, peering into your eyes, desperate for saltwater.

“Do you find it difficult to commit because the world is so heteronormative?” followed by a lily-white, quivering hand upon yours, to show they understand.

The one gay trait nobody can resist flinging onto the couch and charging £80 an hour to hear all about, however, is the bitchiness that comes so naturally to quite a few gay men. We play along, saying it’s a “defence mechanism” and that instead of fists in the playground,  we’d “use words to fight our cruel bullies”. And, you know what, it’s kind of true.

But sometimes, just sometimes, some gay men are bitchy because a) they want some attention and it’s the fastest way to get it from a room of squares and b) they are massive bitches anyway.

On that note, read what happened on this week’s Guardian Blind Date between Craig, a 23-year-old graduate (watches a lot of daytime TV) and Callum, 21, a media planner (has a primary-coloured swivel chair and keys to the stationery cupboard). Yes, readers, we’re hanging by the kindergarten gates again.

Craig kicks us off:

As any gay man who’s spent half of his life wishing gay pubs sold arsenic behind the bar will tell you, sometimes five minutes is all you need.

Spark. Callum is 21. This feels a little young to be looking for a spark. Searching for sparks to help things along feels like something two middle-aged daters, with hobbies and bad habits and a secret collection of tea cosies, would so. When you’re older, you rely on the spark to temporarily blind whoever you’re interested in to your numerous faults, so that they’ll fancy you anyway.

I make it a policy to never comment specifically on any of the participants’ looks. Sure, I might say they come across like a couple of estate agents or that they can cook only carbonara and nothing else, but when it comes to tearing apart their physical attributes? Nah.

A gay man in a checked shirt with what I suppose you’d call a quiff and a smattering of stubble is calling a fellow gay man generic-looking?

Ladies and gentlemen, I do believe Craig has realised someone out there may actually be reading his answers.

I’m sure it’s not much of a spoiler for me to say that flicking between Craig and Callum’s answers now, for the most part, becomes like looking at two sets of photos  jumbled up by the hapless work experience in Snappy Snaps. One set shows a puppy frolicking on a rug, while the other depicts a set of hob-nailed boots slamming down on its head. But don’t be fooled: that puppy knows what it’s doing.

I think if someone were banging on about their favourite Friends characters – a clichéd, outdated mess of a show which ceased production around 80 years ago – I’d relish the chance to talk about myself too. Absolutely anything about myself: childhood verrucas, biros I had loved and lost, my views on the MMR vaccination, what it’s like being trapped in a cage of my own genericness, on this date.

Oh well, Callum, at least you have another bad drunken experience to add to your portfolio. I assume you did get drunk. Well, you will, once you’ve read what someone’s said about you in a national newspaper.

One thing I do find vaguely amusing about my fellow gay men and what seems to be the unstoppable race to be the most non-stereotype masculine gay it’s possible to be, is that some old-school habits are hard to let go. Our hero worship of older, fabulous women is nothing new.

At 21, however, you can forgive Callum for not knowing who Angela Lansbury is. And I’m not altogether sure why even the subject of her would come up on a date between two people under 40 – were they playing that drinking game where you go through the alphabet naming famous people? Got to L and can’t think of anyone else? Really?

While respect and mere visibility for elderly people is fantastic, I’m always a little suspicious of youngsters who pretend they idolise “amazing” old women in the media like Angela or Mary Berry, yet haven’t called their own grandmother in three years and roll their eyes whenever someone over 35 stands next to them at the bar. Oh yeah, I see you.

So in one corner we have Craig saying Callum never shut up and in the other Callum says there were lapses in the conversation. To Callum, a lapse in conversation probably just means he stopped to take a swig of plonk. Or breathe.

Who do we believe in this scenario? Let’s just say neither and pray a monsoon of anvils is heading our way to put us out of our collective misery.

Haha, a bitchy gay man too busy flinging back prosecco to notice there’s anyone else in the room – HOW NOVEL.

How are we feeling about Callum? What are our hopes and aspirations for how this is going to go for the lad? Do we want to wrap him up in cotton wool and protect him, or are we starting to think maybe he’s a dead-eyed, garrulous psychopath, who knows exactly what he’s doing?

Here we have two people brimming over with such contempt, they can’t bear to say anything here relating to looks or personality. Craig goes for what Callum is wearing – a standard copout, but an admirable one – while Callum plumps for something very few of us choose to control: his accent.

I’m guessing Craig is Scottish because that’s the one most gay men I know fetishise, and I say that as the proud owner of a Scottish boyfriend – my SECOND. Unless Callum’s taste is a little more off-menu and Craig’s a brummie or from Basingstoke or a small village just outside Dartford. You never know.

Well, exactly. They met you, for instance. (Just kidding.)

Looks like the puppy just cut a new tooth. Doesn’t say why, though. I suppose if you introduce another person to your squad, there’ll be even less opportunity for you to talk about yourself.

I feel for Craig here because I too have been on dates who thought they were the sexiest thing since Jake Gyllenhaal last chewed his own  lip in a wet T-shirt. They sit blinking and smirking and leaning forward so you can see down their shirt, generating all the lustfulness of a Tom Tom stuck on one route that takes you the wrong way down a dual carriageway.

I’ve also been on dates with men who waffle on about themselves for hours on end, never even pausing to ask a question. Ever. Pro tip: if someone doesn’t ask you a question – other than whether you want a drink – in the first half-hour, leave. If they’re that bad at chatting, imagine how awful the sex will be. Clue: it will be terrible. Open the Uber app right now. Depart.

However, with Craig going for the jugular really early on, and Callum kind of not retaliating, it makes me wonder whether we’re getting an accurate picture of what’s going on here. Either Callum really was the worst date on Earth and is just mind-blowingly, sadistically oblivious – or Craig wants to be the understudy who walks on stage as a nobody, but leaves it a star.

You see? Compliments. Did these two actually go on the same date?

Not even a hate-snog. What a waste of time. And their date was in the Electricity Showrooms, a venue that even senior management can’t believe is still open and actually taking money.

Haha this is like buying a house and saying the only thing you like about it is a crocus growing in the back garden, but you’d like to demolish the rest.

“I wish I’d been more interesting for him.” 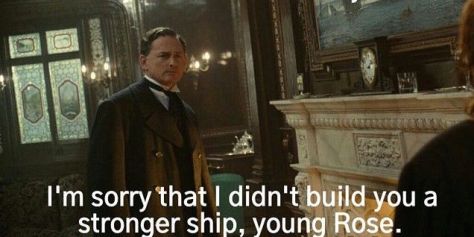 I think you’ve got more chance of finding a spark at the bottom of the very ocean Rose’s weak-assed ship sank to, bae.

And you felt gross after rushing straight from work? Try doing it at 35 years old in high summer, on your way to a date to meet the human equivalent of the last can of tinned pears in a closing-down sale. Then you’ll truly know gross.

Callum’s 3 seems strange to me. He’s barely had a bad word to say about Craig in the write-up, but all of a sudden we’re in sub-zero temperatures with the scoring? I think someone’s trying to look like a blameless little princelet in a national newspaper. Too late.

I think it’s safe to say the Emmanuels needn’t be removing the dust-sheets from their bridal design studio any time soon, but let’s go through the motions and ask if they’ll meet again. It’s what Angela Lansbury would do.

Callum? Anything left to say?

Note: All the comments I make are based on the answers the Guardian chooses to publish, which may have been changed by a journalist to make for better copy. The participants in the date are aware this may happen, I assume, and know these answers will appear in the public arena. Some of them may even start showing off a bit in the name of entertainment, and that’s up to them. I am sure, in real life, they are cool people. I am critiquing the answers, not the people themselves. If you are the couple in this date, please do not take this personally, but remember: just because you read my blog doesn’t mean I’ll spare the horses.  If you want to give your side of the story, get in touch and I will happily publish any rebuttal.

Photographs: Graham Turner, Sarah Lee, both for the Guardian

12 Comments
Happy New Year. I don’t know if you know any lesbians, or bi women, or women who date/sleep with other...

14 Comments
As we slide on the very final skid mark of many toward the end of possibly one of the worst...

13 Comments
Inevitable, I guess, after a month of supposed lockdown, that we would return to the dreaded Zoom dates. While it...

7 Comments
The samey sameness of 2020 lumbers on, humans left catatonic and unshockable as what would once have been life-changing stuff...